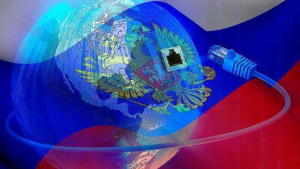 In the near future, the demand for data privacy will increase among Runet users. This opinion was expressed by Deputy Minister of digital development, communications and mass communications Alexey Volin. He also suggested that in a few years Russians may lose interest in social networks.

“Users “played enough”, because of what are looking for new ways of entertainment on the Network,” — leads TASS words Volin. In his opinion, this trend will affect not only Russia but the whole world.

As for the sphere of education in the online mode, it will have a “good future” in the case of the development of the Russian segment of the Internet, Volin believes. The opinion of the representative of the Ministry of communications was supported by the Russian Association of electronic communications, which noted that now distance education is popular among Russian Internet users. At the same time, RAEC believes that a full transition to online training in the near future is hardly possible.

The Russian segment of the Internet turns 25 on April 7. In 1994, the international network information center InterNIC officially delegated the national top-level domain RU to the Russian Federation.